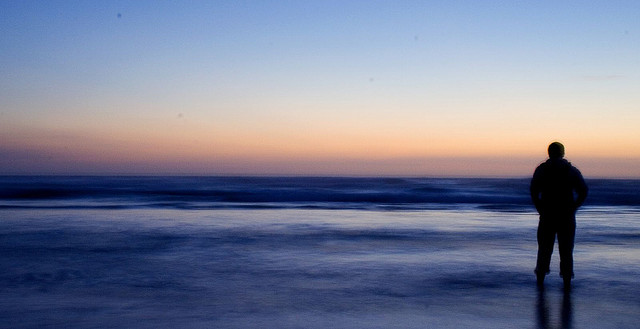 Undefining a CSS attribute (and rant)

One downside to Stack Overflow is the abuse of power the higher ranking users exercise when they misunderstand the question posed.  Many are too quick to jump the gun on voting out or down questions rather than simply asking for clarification before action is taken.  S.O. has guidelines for people to do their due diligence in finding an answer before they ask a question and I most certainly follow this guideline.

It can be both frustrating and angering when a person will edit your post, post title, or claim another question answers your post when it does not.  Questions posed and answers given are somewhat of a public representation of the one who writes it.  To edit away some one elses updates to further progress the agenda of falsely identifying a question as a duplicate is a violation of a representation of the person doing the writing.  And I must say I stepped away for a few days and came back and still find myself becoming angry about what Christy Siepker (cimmanon) did on my question “Need to undefine attribute in SCSS for Rails app”.  (It’s always a good idea to cool off before going out and possibly making a fool of yourself.  Most often its best to say nothing.)

Let me be very clear the question was strictly on being able to “UNDEFINE“ a CSS style attribute and nothing else.  I had searched Google results and Stack Overflow thoroughly before stating the question as I found no relevant content at the time so I knew I was both following S.O. guidelines and asking a unique question.

I’m inheriting styles from Bootstrap and some other sources and I need to undefine one of their attributes. Is there a simple way to undefine some CSS attribute that’s been imported such as:

After an answer was posted on overwriting the attribute I further edited my post to clarify I was strictly referring to “undefining” the CSS style even though the title said it once and the question said it twice.

Christy Siepker (cimmanon) quickly jumped on the question, disabled it, marked it as a duplicate to several other questions all not answering the “undefining” question as they spoke to “overwriting”.  She even went and rolled back my question which removed my additional updates in clarifying what the question was about and has violated my representation of what the question is (even though it should be clear enough).

It’s odd how people don’t pay attention to the wording of things.  Communication is important and words are important.  Both Christy Siepker (cimmanon) and the first question answerer didn’t see the question for what it was.

If anyone wants to help and re-vote the question back in I’d appreciate it just for the sake of it being a genuine non-duplicate question.

The answer is “no”.  A plain and simple no.  In CSS there is no standard for undefining something.  I believe this is because it is perceived as a static document by design and in theory one can simply delete the style one wants to remove.  Neither of those points are always the case.

In experimenting in browser with changing the CSS stlye I found changing the width value from 1170 to auto would give me my desired result.  But that isn’t the question I had posed nor the answer I was looking for.

After the question was nuked (*frustration!*) I went ahead and looked into a JavaScript solution.  Testing with jQuery I tried removing the CSS style by using an empty string for its parameter but that did not work.  I was able to change it to auto though.

Since jQuery didn’t have a working answer I looked into plain JavaScript and found the relevant information here: javascriptkit.com/domref/stylesheet.shtml.  Unfortunately there isn’t a great universal answer here.  You need to use document.styleSheets to access the styles and you have to access the documents via Array index.  So my main Raill CSS file application.css.scss was at index 5, eg: document.styleSheets[5] (and who knows when that might change).  So practically I would have to write code to iterate over each CSS style sheet document.  And then it gets worse; each style is also indexed by number.  So after going over each document I’d have to iterate over each individual style.  Once I’ve found the style I need, it gets worse.  IE has one way of removing a style via removeRule([index]) and Netscape/Firefox has their own via deleteRule(index).

So implementing something like undefining CSS in JavaScript appears to be a really bad idea and has no guarantee to be cross-browser compatible.

I believe I was inheriting a style I didn’t want from a library within the site.  I found no way to undefine it.  I tried overwriting it in CSS and that didn’t work.  Not even with the !important flag.  So I ended up changing the style with jQuery once the document was fully loaded and ready and that remedied my situation.  But fixing the problem was not the purpose of the question I posted.  I posted a question because I was seeking an answer, not a solution.  It was a specific question for a specific answer and I felt violated by the way my question has been misrepresented.

A man who bears false witness against his neighbor Is like a club, a sword, and a sharp arrow.

One great violation towards another person is to “bear false witness”, “slander”, and “lie at another persons expense”.  Sure it can be a simple oversight in many cases or simply misunderstood.  But when efforts are made to clarify and correct and you are still trespassed against in this way then it is more of a serious issue.  I’m not making the claim that this is what was done to me, but in a sense this is how I feel I’ve been treated when my words are misrepresented with my name still on them.

I did make 3 separate unique efforts at making very clear what my question was and that it was not a duplicate yet Christy Siepker (cimmanon) felt it necessary to undo that.  And with the mere 700+ S.O. points I have I have no power to correct the situation as StackOverflow has not yet permitted me any such privilege of protecting my own words.  S.O. doesn’t even permit real deletion as content will remain visible.  So yes, I’m more angry with StackOverflow’s system and I’m often frustrated at people who don’t seem to understand that “I say what I mean and I mean what I say”.

I apologize for the negative feelings I’ve portrayed in this writing.  If no one speaks up then wrong doers may remain unaware, systems may remain broken and imperfect, and feelings stir within against the wrong that continues (which isn’t healthy, or wise, to allow to build within).  So as I am sorry for the negative feelings this may bring you, I truly hope that good will come of this.  Maybe StackOverflow will rethink their design.  Maybe the S.O. community of people will improve their own behavior now because of this.  If so then I’m glad I took the time and effort to share what’s been bothering me.  And I have now also answered the main question I set out to answer for any one who may be curious.

Image by Rach via the Creative Commons Attribution-NonCommercial 2.0 Generic License.

I ran into issue with the same person today. Didn’t read my question and just closed it. SO has been a godsend for me as I am completely self taught and have never worked as part of a team so it is my only chance to get access to more experienced developers. This is the first person like this I have encountered there. Sometimes people disagree or slate my code but that has never bothered me as I am just trying to improve and any criticism is useful if it is constructive. This is the first encounter that really annoyed… Read more »

There needs to be a way we can report this kind of behavior. Especially with comments she gave on your post like “Fix the fact that Bootstrap is an unsemantic pile of crap.” They need to have a Flag User feature and you have to tag the question thread for the flag as proof. Enough of these should ban the users moderator privilege. Perhaps we should suggest this to StackOverflow/StackExchange.

This is the first time I have come across this in 2 years of frequent use but I am usually in the C# section and the moderators there are always amazing. I can’t say enough good things about them.

The way I remember it it would take 5 people to vote something out. But that doesn’t seem to be the case here. She has too much power and is abusing it. She definitely has been insensitive to questions and the persons behind them.

I don’t know if the system gives this much power once you get so many points. But she seems to be an exception so that may be why. I’ve petitioned Stack Overflow for a “report abusive moderator” feature under their “Contact Us” with the option “Other”. Hopefully that will bare fruit.

I made my second ever post in the SASS section of SO. Guess who showed up within 10 minutes to shut me down? Luckily someone had already answered me.

I submitted a report. Here it is and their reply. User ‘cimmanon’ is repeatedly abusing her moderator privilege and not giving questions attention to detail or consideration of the user asking. She repeatedly will block questions as duplicates and close them when they are “not” duplicates and the questions have not been asked or answered before. She is the only case that I’m aware that has angered people in her behavior and I’m not the only one. ‘guerrilla’ also has been on the receiving end of this and has shared his experience with me as I have shared it. I… Read more »

I ran into the same person, different issue (http://stackoverflow.com/questions/26171159/require-statement-in-application-css-scss/36539357#36539357). Seems to be pretty myopic and pedantic. Anyway, it’s a problem. SO is, among other things, a knowledge base that is arrived at through multiple searches and paths. If it was simply a matter of curating information according to “appropriateness” then questions would be sunsetted the same way that technology is (for example, why find any answers about Ruby 1.8.7, which reached its EOL?) But the curation of information is a multi-dimensional thing. Seems your question was a good one, and she just didn’t understand it. The problem is that once… Read more »

I feel your pain. S.O. is a bit of a reputation site beyond just questions and answers. It can be used as a reference for interviews. I feel that her repetitive bluntness in shutting down others without trying to understand the person is very rude and a harmful bridge burner. If she keeps going like this it may really come back to bite her.

I really hope she has a change of heart and starts being compassionate, patient, and empathetic toward others. Her life and everyone elses would be better for it.