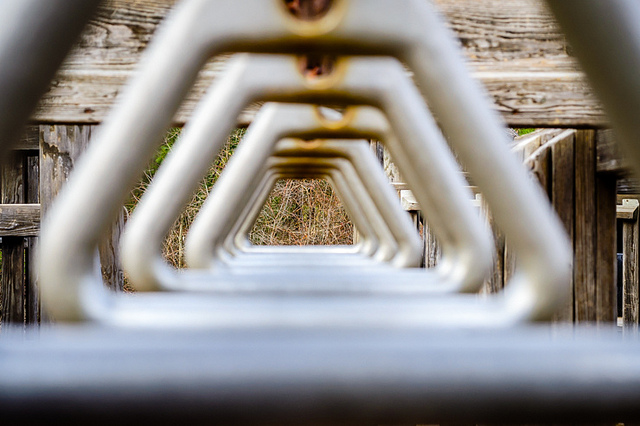 In computer programming, an iterator is an object that enables a programmer to traverse a container, particularly lists. [1][2][3]

In Ruby there are many ways to iterate over a collection of values and work with what we’re given.

And this barely scratches the surface of ways to iterate.  The way Ruby does iterators is with Enumerator instances.

The way Enumerators work in Ruby are hard to grasp at first if you haven’t had experience with them before.  Let’s make and use a “Hello World” Enumerator.

It seems rather backwards in how it works.  But once you realize what’s happening it will make more sense.  What you write after the each method is a block that gets pass into Enumerator where the y is, and “Hello World” is the parameter then passed in to that block.  If you understand what procs are then it may help you to know that in Ruby blocks are procs and they can be passed around.  Let me demonstrate.  The code above behaves something like this.

The each method handed in the block, or proc, of code into the Enumerator to be evaluated with the current value. So the above Enumerator block behaves like the following.

Yes.  I did just use an Enumerator inside an Enumerator.  This is perfectly fine to do and is expected if you want to implement more useful results in a Lazy way; as in Lazy Enumeration or Lazy Iteration.  Try and wrap your head around this one.

Lazy Enumerators allow you to partially process some work and not waste extra CPU cycles.  If you have to do some complicated calculations and it could have infinite results this is where you really want lazy evaluation.

One example of where this is necessary is this code kata I made on CodeWars.com Moving Slice Enumerator.  I found people trying to implement it by creating an Array of all the result slices and then calling to_enum on their end result.  Since this didn’t meat the challenge requirement of handling any string of a greater size I went ahead and added a 18 million character string.  The computer can’t build an Array of every slice of a string that long because it runs out of memory.  So this is one case where it has to be evaluated lazily.

Now one of the challenges I created on CodeWars.com is to write some code to figure out if you have a “set” in the card game Tonk.  Now I’ve had many refactorings of my own on the game I’m designing myself and how one might implement determining  a set.  Now ideally we would solve this with the minimal amount of code.

Now to determine a cards value from one compared to another we need to implement the <=> method and include Comparable.  This is the method Ruby uses to sort objects with.

Now to figure out if we have a straight we need to know that the cards are sequential.  Each card should be just 1 position different than the next.  So we can open up our Card class and add a method :sequential?

Now it would be really nice if we could compare 5 cards in a row by doing something like cards.inject(:sequential?).  But inject uses an accumulative result and after the first evaluation the method :sequential? returns either true or false and as inject continues, it tries to call :sequential? on the truthy result and raises a “method not found” error.  So we need to have a method like :sequential? that doesn’t return true, but instead returns an Object we can continue evaluating with (continue calling the same method).  What might that look like?

So now as long as it’s true that the cards are sequential we will step through them one by one because each true result returns the next card in the progression.  So in the case where we check Ace of Hearts and the Two of Hearts it returns the Two of Hearts.  Next it runs (injects) the same method on that result (the Two of Hearts) and tests the next card which may be the Three of Hearts.  But we have a problem, as soon as we get a false evaluation it returns nil.  And the iteration will then want to call :ordered? on nil and we again get a no method error.

At this point we know if the error is raised then we do not have a straight and so we can simply implement rescue and have a working solution.  But that feels very hacky to use an Exception catch as a determiner.  A rookie move would be to implement a monkey patch of the method :ordered? on NilClass.

An Object Oriented way to get by this nil scenario is to create a Null Object Pattern; a DuckType for a nil result on the Card Object.  Basically we need an Object that will respond to the same methods that Card does, but we don’t need it to know anything.  So let’s re-implement the :ordered? function to return or DuckType of NullCard.  I’m going to implement the NullCard object using the Identity Function pattern.  Any method you call on it (that’s not defined on Object) will return self.

So now once we get a false evaluation in the :ordered? method it returns an instance of NullCard.  And whenever the :ordered? method is called on the NullCard instance it no longers raises an error but returns itself.  So now the inject method will work successfully over the entire Array of cards and if it is not a straight we will have a NullCard as the result of Inject.  If it is a straight we will have a valid card.  Now we can implement the straight evaluation method.

We want it to answer true whenever the result is not a NullCard.  So now we have a design pattern to implement ever possible check between cards by putting an individual check method on the card that will return the “other” card to continue the progression.

But wait a minute.  If the inject method gets a NullCard instance on the first thing it checks, then it wastes many iterations by continuing through the entire Array of cards.  Wouldn’t it be nice to have inject work like a lazy enumerator?  This is the perfect situation for using Ruby’s Refinements.  We want the inject behavior, but we would like to stop it just after the class type has changed.  Here’s the refinement.

In the above implementation we use a stop_iteration flag to catch when the class changes, but still allow the result to be changed into the NullCard class before breaking out.

Now all we have to do is call using ClassyInject before our straight evaluation and it will refine inject only within that lexical scope.  Inject will not be effected anywhere else in the program because we used a refinement to keep it in just one spot.  And we improved performance by ending the iteration as soon as we have what we need.

This is a very functional, simplistic, and performant way to evaluate any scenario.  Each step along the way we don’t need to have any history of what has happened or know what lies ahead.  At any one point it’s a simple evaluation between two objects.

If you would like to see this used in practice for different kinds of Card set evaluation check out my ruby gem cards_lib.  Here is my set evaluator file cards_lib/is_set.rb

Note: You may create an alternative method name, with the same code, rather than a refinement on inject which can return false as soon as the class changes.  Then you won’t need to have the .is_a? NullCard check and you won’t need to use the Null Object Pattern either.  But I wanted to demonstrate a good example for iteration and making a more efficient inject method.

I learned how Enumerators work by coming across a need for it in one of my CodeWars kata challenges.  Having lazy evaluation is by far one of the best methods of getting stuff done.  And writing things in a functional way where you don’t have to build up any state has many huge advantages in software design (eg: multi-threading, recursion, and simplicity).  The Rust language has all of their iterators as lazy iterators.  In Rust the only requirement for implementing an iterator is defining the next method.  They give you all the other goodies on top of that one method.

Learn and use lazy evaluation with iterators/enumerators and you will have a powerful advantage moving forward in software development.