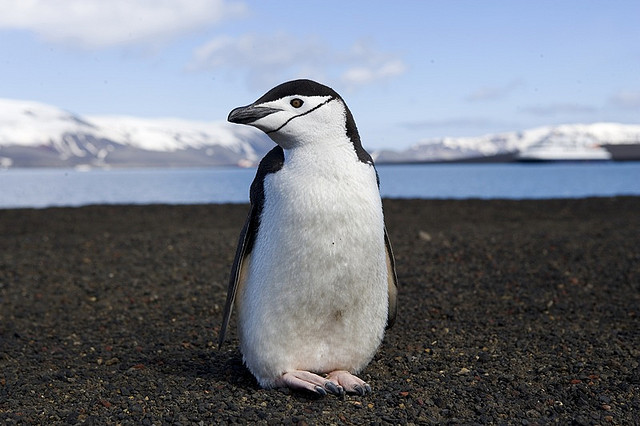 I work in Ubuntu Linux on my main PC and CrunchBang Linux on my netbook.  I just wanted to share a bunch of things I like using on my Linux systems.

A bit of advice for audio: once you have recording working flawlessly with your audio drivers don’t do any upgrades, it’s a pain to have to trouble shoot.

This audio player lets you change the speed of your playback anywhere between 200x in reverse to 200x forward.

This is the most obvious choice for editing sound files.  It’s basic and gets the job done.  Also supports converting to various formats.

Back in the day these were the top quality mp3 encoders available.  I believe because of copyrights and licenses it’s now recommended to use mpg321, or lame.

Timidity is a midi player that uses sound patches to play midi files with potentially real sounds.  If you take the time to configure in custom sound patches per midi channel the music will be indiscernible from actual live/studio performances.

Write guitar tablature and have it save as a midi file.  In combination with timidity this is very powerful.  Here’s a song I wrote many years ago with Songwrite and Timidity called Wonderful Rain.  Songwrite will take a bit of work to setup as it’s designed for older Linux distros.

The best CD ripper application ever made.  The features it has for information lookup, scratch recovery, balance control, and many other features are superb.  Grip is currently outdated as it doesn’t run on up-to-date Linux boxes.  There are some custom package sets you can get to try and get it to work though.

Mplayer’s an amazing choice for playing video. Mencoder for encoding or unencoding video.  Highly compatible, can convert media, doesn’t slow down the system or crash like other applications.

This is the next gen in video playing. Taken originally from Mplayer’s source code this is an upgraded with more features video player.

I primarily use this application for subscribing with and listening to podcasts.  It also features streaming internet radio and music collection playing.

You can listen to your audio books with Audible if you install these applications with WINE.

I subscribe to blogs via their RSS/ATOM feeds with this and it organizes and presents them really well.

Very powerful photo editing.  I do own Photoshop and I prefer Gimp.

I listen to music stations I’ve mixed together on Pandora a LOT!  There is an application called pianobar which lets you listen to your Pandora stations from the Linux command line.  It works really well.

This tool is AMAZING!  I can’t even list all the powerful video related things it can accomplish.  It does many file type conversions including webm, PSP, iPod Touch and the like.  This is by far one of my most favorite apps!

This tool allows you to both mix and record your own Live Stream video. Very well made! 🙂

This is an application that will show you folder and file diffs.  You can merge each difference by file, or by file sections.

A pretty sweet IDE for getting your Ruby work done in.

Run many Windows applications in Linux including a good bit of games.

Record videos of your desktop and audio from audio input.  Good for making screencasts.

A graphical view of how much space your folders take up.  Allows you to navigate further down your folder structure to see where “all that space” is being used.

When you need to know what processes are using your systems resources you can get an in color report of each CPU usage, RAM usage, and individual PID stats.  Run as sudo and you can kill entire application trees.

Encrypt and backup your system.  Works well with Google Drive.

If you don’t want to take the time to learn a command line editor I find these to be the most user friendly.  Pico was originally available as part of the Alpine package which is an email program for the command line.  Nano is a Pico clone available as a stand alone application.

Login to your computer remotely, or share your web application on your local system with some one else.  Basically a program that opens a port for outside access.  I’ve written a script for this that will direct message you on Twitter the port number as well as update you if the port numbers change (track_ngrok).

When you’re in public Wifi locations you are VERY VULNERABLE to middleman attacks on the network.  You want to ensure you’re as encrypted as can be from your system to your destination.  Tor will get you there at least half way.  Of course if the resource you’re connecting to isn’t a secure resource then you’re just pushing your exposure away from your spot to the exit node.  If you’re curious about just how vulnerable you are at public Wifis then look into a device called the Pineapple Mark V from the Hak5.org team (what that can do just boggles the mind).

proxychains is a command line script that will let you tunnel specific applications through a proxy like Tor.  It’s handy.

An IRC client.  That’s how it was done back in the day and it’s still living strong.

I always keep an active eye on my computer temperatures.  I’ve had two 500GB hard drives literally get toasted at 173 degree Celsius (343.4 Fahrenheit).  Fans are known to fail over time, ventilation will get dust blockage, and things will just happen.  One of the steps I’ve taken is to switch to SSD drives as they don’t generate heat like spinning drives do.

A great application for studying and navigating the Bible.  Parallel, search, dictionary, concordance, commentaries, translations, notes, and many other features.

This isn’t everything, but I considered these worthy of noting.  I may end up doing a Part 2 if enough people are interested.  There are still system tools, configurations, security, and games to consider.  I’m very interested in what application you consider worthy of note.  Feel free to share what they are and a bit about them.  Without good recommendations it takes a long time to find something worth your while.  I’ve been using Linux for around 15 years now so I have a bit of experience.

MELD is a daily delight despite it’s flaws. KAZAM is news and thank you for it!