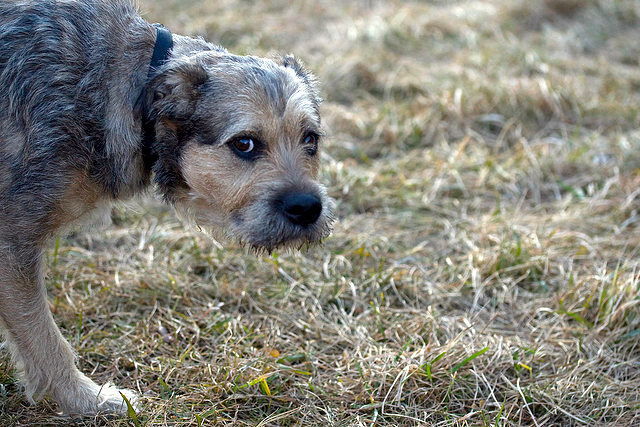 Insecurity – “uncertainty or anxiety about oneself; lack of confidence.” Where does it come from? Why does it exist? There are times when we need to take a deeper look at ourselves and identify what potential insecurities we may have and how to deal with them.

Thinking on it I think of a young baby who’s new to the world and everything in it. The child does something that gets a harsh response from the parent. Maybe the child was trying to stick a metal object into an electrical outlet. Regardless of what it was the child is unaware of the danger so in protecting the child they are given a warning from their protective parents. This warning is not a comfortable thing, nor is it understood, but its purpose is for the well being of the child; the one who received the warning.

Later in life the child becomes aware of the state of “doing something wrong and not knowing”. This is very apparent when they are called in a strict tone. The first thoughts go to “did I do something wrong? What did I do recently that could be the reason for this?” The longer it takes for the parent to speak the issue at hand the more the child’s mind builds on this anxiety.

Our minds grow and build patterns. We are born ignorant and there is so much we don’t know. We grow up with this insecurity about the unknown. This also can be in part to communicating with others as a child. Not everyone will treat us as we should be with care and respect. When an action is made against a child for whatever reason what is their mind to think of it? It so often falls back to the insecurity learned from its former days. The “I’m probably in the wrong about something I don’t know about, … or maybe I do???”.

The biggest problem with this kind of thinking is the more we dwell on it the stronger it will become. We are reinforcing our way of thinking. When something wrong happens people these days are more likely to blame themselves even when they aren’t responsible. But even if one is responsible; is that any reason to be insecure? I think not. I believe our general insecurities are often lies we’ve made to believe ourselves. Either that, or they become self fulfilling prophecies.

Don’t believe the lies you tell yourself

When you invite fear in before you know the facts, you are believing something that may not be true.  Until it is established as true you are fundamentally believing a lie.  Fear and insecurity are conditions we create and which grow stronger the more we dwell on them.

Imagine an insecure young man wanting to ask a girl out to play frisbee.  He doesn’t even realize why he’s insecure, his mind just builds up worst case scenarios in approaching the girl, her response, and ultimately her opinion of him.  Meanwhile the girl is totally oblivious as he hasn’t approached her yet and she may very well be glad for an invitation to play frisbee.  The fear and insecurity of the young man only gets stronger the more he hesitates to act.  It may very well cripple him to inaction.

Should he even dare to approach the girl he has already hampered his own self image and his body language will reflect that.  One who lets insecurity rule them will speak it through their body, and that pain is felt by those who see it.  It doesn’t create for a positive connection.  We are reciprocative beings.  From infancy, when we learn, our minds learn quickest by mimicking what we see.  When we are most comfortable with the people we are with our body language tends to mirror the others.  So in the same way it’s as if fear and insecurity can be smelled.  Think of how easy it is to spot some one who is confident.

It’s important to identify when insecurity shows up within ourselves.  If we keep ourselves aware of the possibility we can better see when it comes and deal with it at the time.  Think it out; if it’s all conjecture – then it’s a lie, and we have no reason to surrender our joy and quality of life to unfounded and misguided feelings.  Yes we all have them.  But those who aren’t aware of it and its crippling effect will be its victim.  I like to think of it as a burden that has built itself up on my shoulders, once I’m aware it’s there I mentally let it go and drop it into a chasm far from me.

Perhaps the most common fear we as humans posses is the fear of the unknown.  That can come in many forms.  But like jumping out of an airplane (with a parachute), you just need to completely let go of your unfounded fears and take a step into the unknown and just let the moment happen.

I had once endeavored to be kind of a door to door sales person.  But I went about it all wrong.  I made the wrong assumptions before going into each situation.  Yes I believe in the product/service, and yes I believe that every person not only would benefit from it, but they’ll be glad to have found out about it and received it.  But the assumption I told myself before talking with people was that everyone hates to be approached by a person trying to sell them something and that they saw me as this unpleasant thing.  Yes I would muster up the courage early in the day and talk to some people.  I even made plenty of sales.  But I let my fears and insecurities build and they became stronger.  Over time I became hesitant to even think of leaving home to approach others.  I had crippled myself by believing the lie and I allowed it too much of the time in my life that it had come to rule over me.

In answer to my prayer God provided a mediocre job with some of the best people you could hope to work with.  I worked in a warehouse for a while where there was never any fear of the boss.  Never any fear that you were being spied on to be found fault with.  The people I worked with made me feel more at home than any job I had ever held up to that time.  I consider that place a big part in the recipe for my recovering from all the damage that fear and insecurity had taken over me.  Of course there the old fear never came up since it was based on selling.  But having that much time to heal and consider myself really removed the stress and anxiety I had accumulated.

I’m great with people in person.  I believe that it’s easier to know where you stand in any situation when the people you are communicating with are before you.  Body language speaks volumes, the words spoken, the eyes expression, the volume and tone of voice and how it’s given.

The internet is a whole other monster itself.  Without seeing who you’re speaking to, and potentially speaking to many, whats being said is largely missed.  No one can hear what tone of voice you’re typing in, few can guess the sarcasm you add, and many are looking to see for any attack on their beliefs so they can come back at you with a hammer of a response.  The internet is not only bad in these cases, but the in built insecurities people have are compounded times 10.  “Why haven’t I received a reply yet?”, “Am I being ignored?  Did I offend?”.  The “unfounded” lies easily come up when communicating digitally.  The demon of insecurity reels its ugly head.

Communicating over the internet is like tip toeing through a field of landmines.  Getting a good feel on proper etiquette, choosing words wisely, and seeing past lies takes a long time.  You have to be an ambassador, as it were, toward others.  Ambassadors take the other persons into consideration in all things said and will make great effort so that what is said will be said with the utmost clarity.

Where I’m generally great with people in person, the internet still feels like the landmine that it is.  You have people with that attitude “Some one is wrong on the internet and I have to …” that are out to get you 😉  What are you to do?  It is what it is.  I’m still working on ways to be both confident online and considerate.  You can choose to be confident.  Heck, fake it till you make it.  Believe it.  Be sure to deal with fear and insecurity lest it consume you.

People are what they are.  Thinking about how others are more concerned with themselves than you may help you relax.  People are drawn to confidence. Choose to be confident, and the rest will follow.

Take time apart for yourself to examine areas in your life you need to do something about.  If you are being crippled by insecurity you cannot let that continue to rule over you.  Identify the problem, address it, and pray God free you from the stronghold it has over you.

This was a more personal blog post than my tech posts.  Let me know if you like this kind of material.  But don’t worry, I’m not insecure about my posts, after all; I don’t even know that you read it ;-).  As always I hope you’ve enjoyed this!  Please comment, share, subscribe to my RSS Feed, and follow me on twitter @6ftdan!

Image by Crosa via the Creative Commons Attribution-NonCommercial-NoDerivs 2.0 Generic License

As they unpack their insecurities they also explain their thought processes. This grants us extraordinary glimpses of the stature and depth of their faith. In the case of Ps35; it has caused me to privately fast concerning the illness of others.