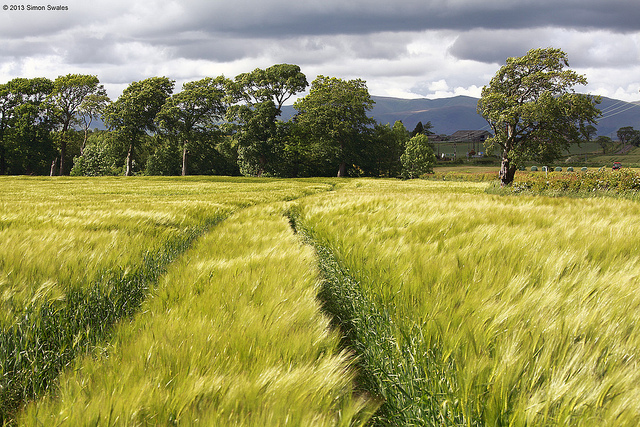 The meaning of the word faith has been broken by media and many in society.  It’s become more synonymous with “magical” wishful thinking.

Michael Ramsden has quite well expressed the rational behind the typical understanding of faith.

In the world’s eyes, to say “I have faith” means: I believe something but I’m not sure if it’s true or real, but I need it to be and I want it to be, so I have faith. You make that big leap into the dark. Strong faith, therefore, would be when you suspect what you believe isn’t true, and you are still able to believe it. That’s strong faith. The strongest possible kind of faith you could have would be when you know it’s not true and you’re still able to believe it. I mean, how much faith do you need then?

Has anyone ever said to you, “I wish I could believe what you believe, but I can’t.” Have you ever stopped to say, “What do you mean by that?” I think what most people mean is this. They’re saying, “Michael, I wish I could believe what you believe, but I can’t. Michael, when I look at your life, there does seem to be something different, and it’s true that there seems to be a joy and a peace and a completeness which, actually, I find attractive, and a happiness that I want… and I am so desperate to be happy, I wish that I could have what you have. But I can’t believe what you believe, because it isn’t real.” What do you call people who believe in things that are not there? Mad people. So what they are saying is, “Michael, what you believe is not true, and it’s not real. You are actually insane. But the main thing is that you are happy and insane. And I am happy that you are happy. I am so desperate to be happy myself, I, too, would become insane if I could, but I just can’t do it, I can’t embrace insanity to get there.”

Lets start with some phrases to build a mental context.  A faithful husband, a faithful wife, a faithful follower rode his faithful steed.  What do these phrases bring to mind?  It brings to mind a track-record-of-trustworthiness.

A better example.  The boy knew his father always followed through with what he said.  The boy was now waiting at a camp site on the mountain side in the midst of the blizzard.  He was waiting for his father because his father said he would come.  And when his father finally made it to his son, despite the storm, his son embraced his father and said I had faith in you, I knew you would come.

Now lets think about this story.  The sons faith in his father was purely because his father had a proven track record as being reliable and trustworthy.  Because of his fathers track record: it was only reasonable to have trust that his father would keep his word.  And that is having faith.  Faith is trust with evidence.  There can be no faith where there is no evidence.  The son cannot have faith in an untrustworthy father.

What the Bible says Faith is

Like seeing the effects of the wind, you can believe that wind exists because you see the evidence of it, but you don’t see the wind itself.  The evidence leads you to believe that wind exists because it’s the reasonable thing to believe.  Scientists form theories based on reason and evidence and form their own measure of faith of what they may find based on how reasonably true something is likely to be.

I’ve seen this depiction in many movies and series where they will “represent” some sort of religious persons and then spout that faith is “knowing that something isn’t true and believing it anyway”.  This is rampant in media and surprisingly many people have taken on this view for the meaning of faith.  One quote some people may recognize is “faith is the abandonment of reason”.

I hope by at this point in your reading you will see that these de-definitions of faith don’t hold water and are quite nonsensical.  And, perhaps, that is the point of some trying to redefine the word; I don’t know, I don’t know the mind of those who’ve gone to such lengths to change it.

But think about it rationally.  If faith is the abandonment of reason and believing what you know to not be true, then faith is purely willful insanity.  Having faith in a trustworthy person now is an oxymoron, and you would only be able to have faith in an untrustworthy person.  The definition just doesn’t work.

Faith can only be present when you believe what, or whom, you have found to be true, trustworthy, and reasonable.  Words and their meanings need to be preserved or language will fail us.  When two people speak and understand words differently that is called a language barrier.  If you don’t realize it the wrong message will be coming across and you will have to translate.

I used to think the word anxious always meant “happy, exciting, something great is about to occur and I can’t wait I’m so hyper for it”, when it actually has a negative meaning as well “full of mental distress or uneasiness because of fear of danger or misfortune; greatly worried; solicitous“.  So I would happily say I’m anxious (actual def: “earnestly desirous; eager“) and then see the one I’m speaking to furrow her eyebrows with concern.  Yes; it was lost in translation.

I hope this was helpful for you and that you will have increased your understanding and awareness in the matter.  You may choose to believe the word faith has a different meaning other than what I’ve shared here.  But at least I hope that you understand that there are people who will perceive the word differently than you and you need to consider that when speaking with others;  So that you may be clear and not lose the meaning behind what you’re saying.

It’s enough work to translate other languages, we shouldn’t have to translate our native tongue in its own language.  Please preserve the meaning of words.  It’s important!

>Image by SwaloPhoto via the Creative Commons Attribution-NonCommercial 2.0 Generic License

Thank you for this, it encourages me in my faith. And yes, I found my way here due because of RoR!